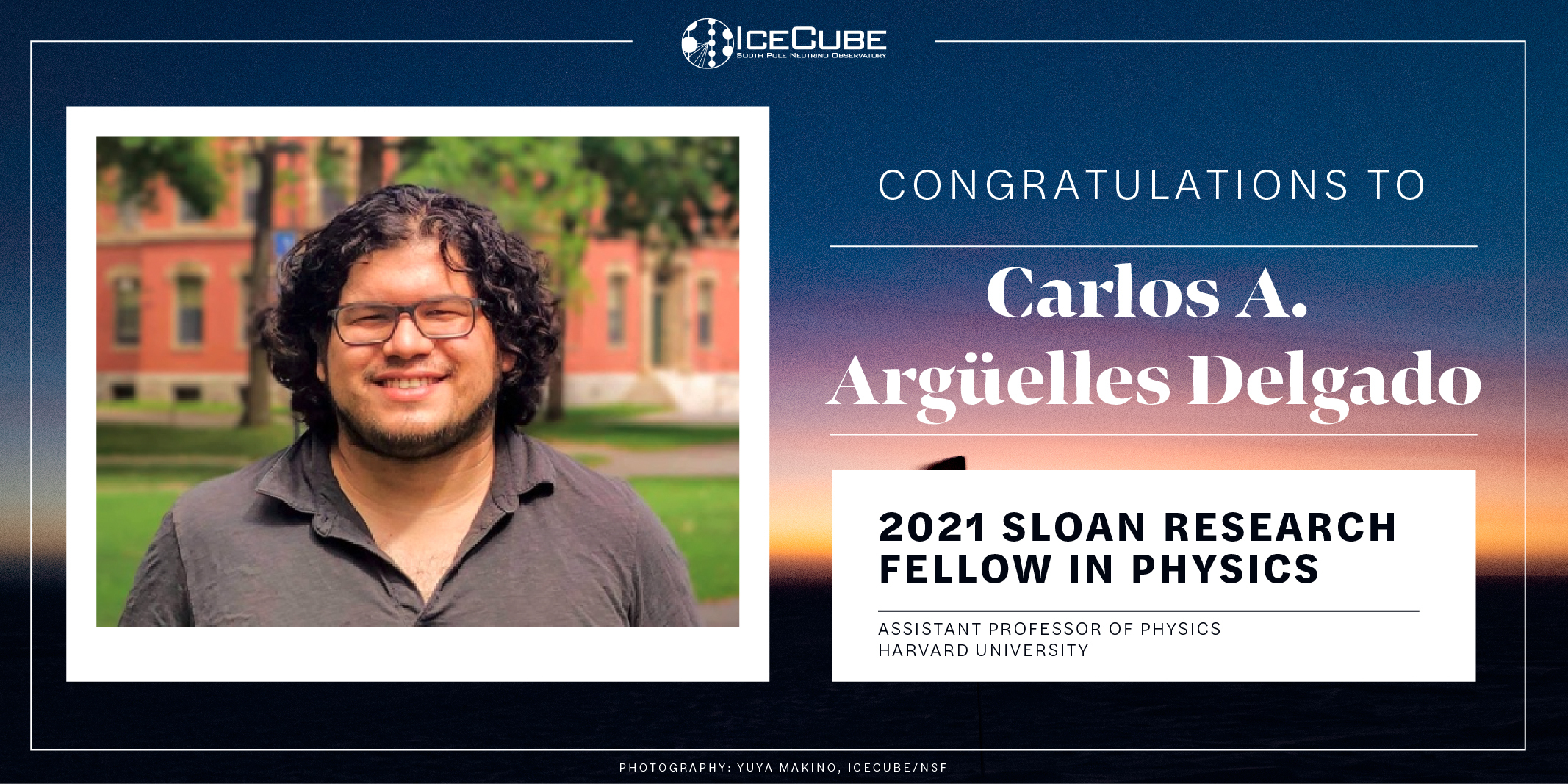 The Sloan Research Fellowships seek to stimulate fundamental research by early-career scientists and scholars of outstanding promise. The two-year fellowships are awarded every year to 126 outstanding young researchers from the United States and Canada who have the potential to revolutionize their fields of study.

A neutrino physicist, Argüelles is working on the IceCube Neutrino Observatory, an enormous array of optical sensors buried in the ice at the South Pole that detects high-energy neutrinos from the most extreme environments in the universe. Argüelles started working with IceCube as a graduate student at the University of Wisconsin–Madison under the supervision of Francis Halzen. After that, he was a postdoc at the Massachusetts Institute of Technology and an honorary fellow of the Wisconsin IceCube Particle Astrophysics Center (WIPAC), the headquarters of IceCube’s maintenance and operations.

In his research, Argüelles develops new techniques to study and characterize astrophysical neutrinos in order to search for new neutrino physics and understand the origin of the high-energy astrophysical neutrino flux. Additionally, he has worked on searching for signatures of new physics using the large sample of IceCube atmospheric neutrino events. He is also involved in the development of the IceCube Upgrade, which will extend IceCube’s scientific capabilities to lower energies and enable more precise flavor identification of neutrinos.

In support of his experimental work, Argüelles also studies neutrino phenomenology, allowing him to be involved in the full arc of an experimental analysis, from initial idea to final result. His recent work includes calculating signatures of heavy neutrinos and neutrino–dark matter interactions. Currently, Argüelles is collaborating on a project to search for deviations from the expected behavior of neutrinos in the global neutrino data set.

“I am very excited and honored to receive this fellowship! As a fellow, I will work on exploring, together with my friends and colleagues at IceCube, the rich potential to discover new physics with IceCube’s neutrinos using machine learning techniques and neoteric quantum computing algorithms.”

Previous Sloan fellows from the IceCube Collaboration include Reina Maruyama (2014), a former WIPAC scientist who is now a professor at Yale University, and Kendall Mahn (2016), a professor of physics at Michigan State University.