Since WIPAC has been sending people to the South Pole to work on IceCube for nearly a decade, we’ve gotten a lot of calls for photos and interviews as news outlets cover the cold. Here’s the roundup of photos, videos, and interviews that WIPAC physicists and engineers have participated in during the past few days:

– On January 3rd, while Wisconsinites were prepping for the cold, the Green Bay Packers posted a photo on facebook of former IceCube on-ice lead Jim Haugen and NSF consultant Jerry Marty decked out in Packers gear at the Pole.

– On the 4th, in a piece called “As frigid weather moves in, some perspectives from even colder climates” Wisconsin State Journal reporter Nico Savidge talked to WIPAC engineer Matt Newcomb about what it’s like to work at the South Pole. Newcomb spent several summers at the Pole and one long, dark winter there.

– Doug Moe, also of the Wisconsin State Journal, posted “Postcards from the Pole” on January 5th. Moe got a call from the South Pole from WIPAC electrical engineer Perry Sandstrom, who couldn’t help but laugh at Madison being colder than the end of the Earth.

– Later that day, NPR’s Marketplace called up IceCube lead drill engineer Jeff Cherwinka to ask about what it’s like to work at the South Pole. He can be heard at the three minute mark on their January 6th podcast.

– And saving the best for last, WIPAC Education and Outreach Associate Director and UW-River Falls professor Jim Madsen appeared on a broadcast by Eau Claire, Wisconsin ABC affiliate WQOW-TV. In “Working in Antarctica” Madsen talks about weather and working at the South Pole as well as what IceCube is all about in the video. 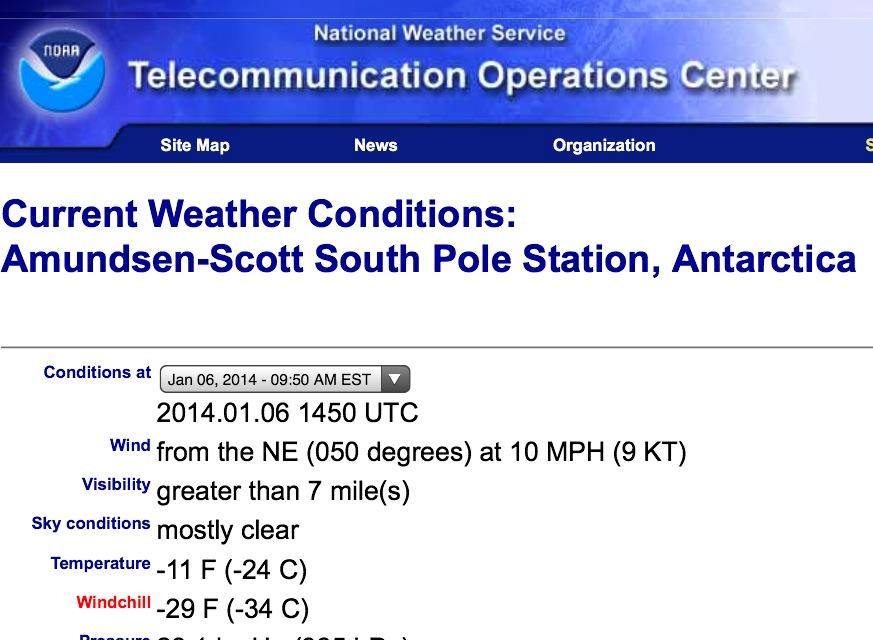