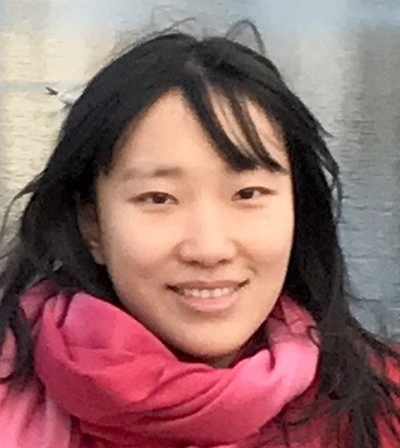 When you think of scientific meccas throughout the world, Madison, Wisconsin, might not be the first place that comes to mind. But for astroparticle physicist Ke Fang, Madison is the place to be. That’s because it’s home to the Wisconsin IceCube Particle Astrophysics Center (WIPAC): the “leader of particle astrophysics in the world,” according to Fang. “Throughout the years, there have been all kinds of meetings and workshops that drive people in this field to Madison because it’s the center for particle astrophysics,” she says.

On January 1, Fang joined WIPAC and the UW–Madison Physics Department as an assistant professor. To welcome Fang and learn more about her, we met up on—where else?—Zoom for an interview.

Can you summarize your research?

I use both experiments and theory to understand extreme activities of our universe. We receive multiple types of messengers from the universe—all the way from optical light to gamma rays, cosmic rays, neutrinos, and gravitational waves. These messengers can be emitted by a common source, such as a binary neutron star merger. Specifically, I use theoretical models to understand how these astrophysical events produce different messengers, whether theoretical models explain the data, and how the data compare with theoretical models. I also use the HAWC Observatory, the IceCube Neutrino Observatory, and the Fermi Large Area Telescope (Fermi-LAT) to observe or to find sources directly. For example, I jointly analyze the Fermi-LAT and HAWC data to observe gamma-ray sources from 0.1 GeV to 100 TeV—across six orders of magnitude. Studies using multiple messengers and wavelengths are rewarding because they help us get a full picture of what these astrophysical sources look like.

How did you get into your field of research?

When I started graduate school, high-energy astrophysics was rather new; it’s a field that has quickly grown in the past decade or so. High-energy astrophysics traditionally refers to astrophysics with X-ray observations, because X-rays are higher in energy compared to the optical band that astronomers traditionally use. But in the last few years, high-energy astrophysics has had another burst of delving into even higher energies. When we move up in energy, by millions or billions, we see many new sources that were previously not observable in the X-ray band, or different aspects of sources that were previously seen at lower energies. And there are so many unknowns in this field; we can see surprising things at the highest energies, and many of those observations are discoveries. I think that’s really intriguing.

What attracted you to UW–Madison and WIPAC?

I think it’s pretty fair to say that WIPAC—with IceCube, CTA, HAWC, Fermi-LAT, ARA, and IceCube-Gen2—is now the leader of particle astrophysics in the world. I think there’s a close match between my expertise and what is currently being done at WIPAC, and I’m excited about joining the department and joining these explorations of higher and higher energy neutrinos and gamma rays.

What’s one thing you hope students who take a class with you will come away with?

The content you learn from a class is limited, but the contexts where you could apply the knowledge are unlimited.

What is your favorite particle?

Neutrino. If I have to pick one, neutrino is the one that I have in my heart.

What hobbies/other interests do you have?

Cooking! I like to explore different things. I come from China, so Chinese cuisine is what I started from when I just moved to the United States. But after all these years, I’m getting more exposed to different types of cuisines and starting to explore more, like with Thai and Italian. When I go to nice restaurants, I try to remember the name of the dish and find the recipe online.