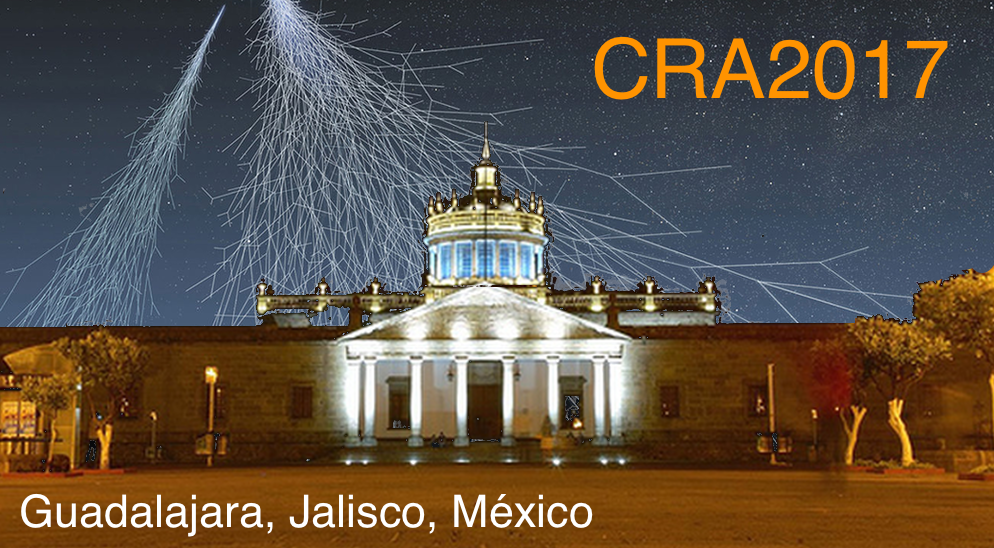 The 4th Cosmic Ray Anisotropy Workshop (CRA 2017) starts today in Guadalajara, Mexico. Hosted by the University of Guadalajara and co-organized by WIPAC, this four-day workshop will include discussions about the origin of the anisotropy of cosmic rays and their spectral anomalies in different energies. Roughly 50 researchers from different disciplines (from astronomy to plasma physics, from astrophysics to heliospheric physics) will join this fourth edition of the cosmic ray anisotropy meeting, a biennial meeting launched in 2011 in Madison by the WIPAC cosmic ray group. The goal of this workshop is for researchers to discuss various observations from cosmic ray studies, from their origin to propagation through interstellar medium, in order to further understand their astrophysical effects.

Attendees, with expertise in a vast range of cosmic ray studies, from ground-based experiments to space-based detectors, will debate the current status of cosmic ray anisotropy observations and the astrophysical implications. Presentations will include experimental results from many physics research labs, including Fermi, HAWC, and IceCube.

During the Cosmic Ray Anisotropy Workshop, the World Space Week event will also be held at the University of Guadalajara. This event will feature three public talks about cosmic rays, gravitational waves, and multimessenger astronomy